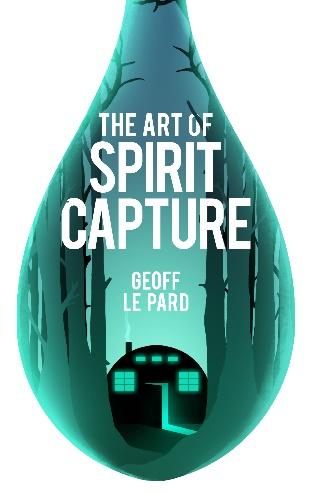 My Tanka is Valentine inspired today. I’ve used devotion for affection and for character I chose mould.

My hubby and I are both creative souls, he loves music so, so much! And of course, I love writing… We met many moons ago. Two many moons to tell you! We began our lives as tender, teenage sweethearts and are still going strong.  Perhaps it is this creativity and passion within us that is our rock. There is room for a huge amount of love in a relationship, for each other and of course for the things that rock our lives – music and writing! Perhaps, one day we will be able to write and play music full-time, now that would be wonderful.

To join in with Colleen’s challenge follow the link:

Brighton-based, seven-person band, Wax Machine brings a new kind of psychedelic folk music to the fray. With instruments such as the flute and the saxophone, Wax Machine successfully portrays an otherworldly atmosphere to their music, while the use of bass, drums, keys and the guitar ground their style, making their sound likeable to a wider target audience. On the 23rd June 2017, I was fortunate enough to be able to watch one of their live performances at The Hope and Ruin in Brighton, a vegetarian/vegan pub which hosts live events. The first of three acts to play that night (the other bands being Psychic Lemon and headliner Kikagaku Moyo), Wax Machine set the bar high with their dream-like vocals and intriguing lyrics. Many of the songs performed were brand-new originals which were well-loved by their audience. Wax Machine’s look also complimented their sound, further enhancing that psychedelic element to their music.

As expected, I highly recommend checking their music out, or coming along to one of their shows (especially if you are ever in Brighton.)

Their next show takes place at Sticky Mike’s Frog Bar on the 15th July at 19:00PM.

You can also check out their music on Soundcloud: https://soundcloud.com/waxmachine

Images of the band courtesy of: © Abel Oberon.

Lee Taemin is a Korean idol from one of KPOP’s biggest groups SHINee which debuted in 2008 with ‘Replay’. They have gone from cute-pop bops to synthesizer melodies which have dabbled in house/techno. Currently, they are working on a new comeback after the success of their 2015 album release ‘Odd Eye’ and ‘Married to the Music’.

Lee Taemin is a vocalist/dancer/visual of SHINee and is their youngest member at the age of 23. In 2014, Taemin released his first ever solo debut with songs like ‘Ace’ and ‘Danger’ which successfully changed his cute image into a whole new persona. In his music video ‘Danger’, Taemin is seen with piercings and heavy eye make-up and array of different outfits. After his 2014 release, Taemin also released his second solo album Press It. Longer in length, Taemin worked with artists such as Bruno Mars to create and produce this ten track album. As well as this, Taemin has released songs in Japanese, his most recent album ‘Sayonara Hitori’ takes on a whole different kind of genre, many of the songs sounding like the OST (Opening Sound Track) of any fantasy anime. The video for ‘Sayonara Hitori’ deals with themes of light and dark, the fear of our own shadow. It is a stunning video, switching from beautiful scenes of mountains and valleys illuminated by a giant full moon to scenes of destruction — of volcanoes and war. The wardrobe changes in the video also reflects this, as Taemin is seen in silk clothing in one scene, and all in black in another. Taemin’s success in Japan is quite evident, and I will be looking forward to the music that he releases in the near (and distant future).

Please check Taemin and SHINee out!

Hope you liked my eldest daughter’s guest post. She’s absolutely obsessed with Korean K-Pop, and likes to share her love with others. She urged me to watch this video – she said that it reminded her of the themes of dark/light in my manuscript The Curse Of Time. I’m very flattered that she thought so. The video really is stunning.

Happy Friday  – I hope you have a lovely weekend.

This is for my eldest daughter – she’s a massive BTS fan! Who are BTS you might ask? Unless of course you’re already a fan – and believe me their popularity is not a matter of uncertainty. This band are super popular.  A bit like a BLT! No they’re not a relation of the BLT, the bacon, lettuce and tomato sarnie, they’re a Korean pop group! They dance, and sing – pretty impressive, my daughter loves them! They even have a  K-pop society at her University dedicated to learning their dances, and celebrating all things Korean pop style: ! Sussex Univ K-Pop Society

This article in The Daily Dot will interest BTS fans, take a look, : http://bit.ly/27aVt0k

My friend Jade at Scatterbooker wrote this wonderful tribute to my hero David Bowie, which features his top 100 books, I just loved him and his music, he was such a creative and wonderful soul. So sad that he is no longer with this, but no doubt his music, and his special uniqueness  will live on in our hearts. The world has lost a true artist,  RIP David. x

Reblog from Meanings and Musings of this poignant song Let It Go by James Bay.

Reblog of Steve at Talk About Pop Music’s mix tape for Dave Grohl. I know what it’s like to be incapacitated by an injury –  I’ve broken a foot before. Bless his cotton socks.

Here’s what features on Steve’s tape: James, sit down. Frankie Goes To Hollywood, Relax. The Eagles, Take it Easy. Supergrass, Sofa of My Lethargy. Reef, Come Back Brighter. I’ve got a feeling he’d like Come Back Brighter best, or Relax that’s my guess.