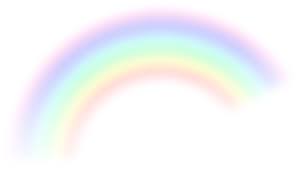 Found this great video of Orkney via Moz @Mozford on twitter.  So beautiful, tranquil, must visit, an idyll. No wonder the Italians were inspired to build the Italian Chapel in Orkney. It may be cold in Scotland but it sure is beautiful! Philip Paris’s book The Italian Chapel, my review, http://mjmallon.com/2014/07/04/my-kyrosmagica-review-of-the-italian-chapel-by-philip-paris/

The Italian Chapel is a story of forbidden love, lifelong friendships torn apart, despair and hope, set against the backdrop of the creation of a symbol that is known around the world. Amidst strikes, conflicts and untold hardships, the Italian prisoners of war sent to a tiny Orkney island during World War Two create a monument to the human spirit’s ability to lift itself above great adversity. One artist falls in love with a local Orkney woman and leaves a token of his love in the chapel. It is still there today and, until now, no-one has ever known its true meaning.

I was delighted to win a copy of ‘The Italian Chapel’ by Philip Paris, published by Black and White Publishing, via Sonya’s blog:  http://aloverofbooks.wordpress.com/

The review below is my honest opinion and has been in no way altered by my receiving a free copy.

This is a beautifully  inspiring book, which just oozes charm and wonder. A big heart for this one. This fictional story based on true life events is set amidst the chaos and heartache of the Second World  War.  Italian prisoners of war are transported to the tiny Orkney island of Lamb Holm in January 1942. There they work together against the odds and the Scottish elements,  to build the Churchill Barriers at Scapa Flow and a lasting monument to peace, and reconciliation. When Padre Giacomo arrives at the camp the spirits of the men begin to improve bolstered by his spiritual presence. The camp is awash with skilled men,  no more so than Domenico Chiocchetti,  a talented artist, and a sculpter.  Domenico suggests  building a chapel in the camp, constructing it out of two Nissan huts joined together.  He can’t begin to do this without the  British camp commanders go ahead, but they agree.  The building of the chapel draws the men together in a shared vision to create, rather than to destroy. The results are spectacular, transforming the two original Nissan huts beyond recognition. The characters in The Italian Chapel, breathe,  you can almost hear the chatter and the camaraderie of these Italians, far from home, freezing in the Scottish weather, dedicated to a shared task to build a Chapel, a place of peace, a safe haven  away from the horrors of war. The story is absorbing, uplifting,  at times sad, but ultimately happy and triumphant. The relationships that developed between the Italians and the local people, and the respect that grew between them is an amazing testament to the power of human spirit, and selflessness  in the face of adversity. The Chapel still stands as a  true monument to hope, for generations to come.

I found this novel so hard to rate. I just loved it so much! All the characters are portrayed beautifully, the dialogue, scene and setting are superb, but perhaps the romance between Giuseppe and Fiona could have been developed  a  little bit more. This is not surprising if you read the Author’s Note at the end of the novel. At times I felt that I wanted more time with these two characters, so that is why I am giving The Italian Chapel 4.5 stars instead of 5. I would highly recommend this beautiful novel to readers who enjoy historical fiction, romance, and anyone who would like to read an uplifting story, that just grabs your attention from the very start.

The author’s epilogue  helps to clarify fact from fiction. The  final quote of the epilogue reads: “The chapel remains, fragile and immortal, a symbol of peace and hope from people long gone for those yet to come.” Though if you want the true story look no further than Philip Paris’s  non-fiction book, Orkney’s Italian Chapel: The True Story of an Icon, also available and published by Black & White, www.blackandwhitepublishing.com.

In dedication to the artist  Domenico Chiocchetti who painted most of the interior of the Chapel, I will be awarding Philip Paris’s novel:

My reflections on the book: I went to school in Scotland, and lived there for many years, yet I have never seen The Italian Chapel!  After reading Philip Paris’s book, I definitely want to remedy this and soon! I enjoyed the book so much that I was very keen to find out more. Here are some of the resources I found on-line: http://www.finditinscotland.com/Scottish-Heartbeat-The-Mag/Buildings-of-Scotland/Buildings-of-Scotland-The-Italian-Chapel.html http://www.undiscoveredscotland.co.uk/eastmainland/italianchapel/

I would highly recommend this to readers of Historical Fiction, and romance.

Background information about the Chapel:

The Italian Chapel on Lamb Holm in Orkney, Scotland, was built by Italian prisoners of war .  550 Italian prisoners of war, were captured in North Africa during World War II,  and were brought to Orkney in 1942. The prisoners were stationed on the island between 1942 and 1945 to help in construction of the Churchill Barriers at Scapa Flow, four causeways created to block access to Scapa Flow. 200 were based at Camp 60 on the island of Lamb Holm. In 1943, Major T P Buckland, the Camp 60’s new commandant, and Father Giacombazzi, the Camp’s priest, agreed that a place of worship was required.

The chapel was constructed from two Nissen huts joined end-to-end. The corrugated interior was then covered with plasterboard and the altar and altar rail were constructed from concrete left over from work on the barriers. Most of the interior decoration was done by Domenico Chiocchetti , a POW from Moena.  He painted the sanctuary end of the chapel and fellow-prisoners decorated the entire interior. They created a front facade out of concrete, concealing the shape of the hut and making the building look like a church. He remained on the island to finish the chapel even when his fellow prisoners were released shortly before the end of the war. In 1958 the Chapel Preservation Committee was set up by a group of Orcadians and in 1960 Chiocchetti returned to the chapel to assist in the restoration. He returned again in 1964 but was too ill to travel when some of the other prisoners returned in 1992 to celebrate the fiftieth anniversary of their arrival on the island. He died in 1999. Today the chapel remains a popular tourist attraction, receiving over 100,000 visitors every year. It has become one of the most well-known and moving symbols of reconciliation in the British Isles.

Have you read The Italian Chapel? Do leave a comment below I’d love to hear from you.