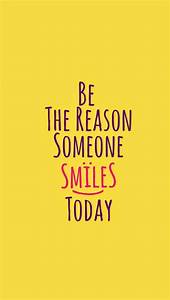 On Sunday  I was lucky enough to be listening to two American New York Times best selling authors Leigh Bardugo and Maureen Johnson, talking about “Alternative Worlds,” at the Edinburgh Book Festival.   Leigh Bardugo’s debut series “The Grisha Trilogy, Shadow and Bone,” is set in an alternative, magical, Tsarist Russia. At the moment this debut series is in the hands of Harry Potter producer, David Heyman, who is considering a film version.  Though it is not confirmed as yet, a movie may be scheduled to release in 2014 or 2015.

My first impressions were interesting to say the least. Maureen Johnson sat to the right of Leigh Bardugo with a serious expression on her face, the interviewer appeared a bit unsure just how this conversation was going to progress. But as soon as Maureen spoke all those fears were dispelled. Maureen’s first words about her historical tour of London, were ghosts were mentioned at each and every opportunity, was an absolute riot. Maureen doesn’t believe in timid ghosts that genteely move furniture, or boohoo quietly in a corner, no only murderous ghosts are good enough for her! If she ever gets sick of writing I’m sure she could inflict her sense of wit on us as a very successful female stand-up comedian. Anyway the outcome of all these ghosts was a ton load of research. Maureen researched the history of London, ghost lore, and the Jack the Ripper case files. And the result was . . …….. The Shades of London series.

Leigh and Maureen talked about writing research, and world building. We had Leigh falling in love with her book ideas and Maureen reading her work for the tenth time and just dying. Murder, dying, you name it Maureen inflicted it on her poor unsuspecting audience.

Leigh started writing in her thirties after pursuing various careers, latterly she worked as a make up artist, concocting stories whilst she was applying make up to her clients. Maureen is so multi-talented that she writes scripts for the Nintendo DS and PSP versions of the Harry Potter and the Half-Blood prince video game.

Initially Leigh had problems finishing first drafts of novels that she’d started. I really relate to this, sounds so me! Luckily Leigh went on to write not just one stand-alone book but three,  her Shadow and Bone series, “feels like a trilogy,”  and boy does it deliver.

They talked about plotting, and planning. Maureen’s style wasn’t too structured to begin with but she was soon compiling character dossiers, and histories. Leigh commented that Lainie Taylor doesn’t plot at all. She observed that this could only possibly work if the author had a natural sense of story. Well, I’m a weak plotter, but only time will tell if I have what it takes to get away with this. In my case, a lack of initial plotting wasn’t such a good idea, I had to do loads of re-writes. I’d agree that in that first draft you are telling yourself the story, as Leigh suggests. Maureen referred to “a little toolkit,” to hammer her story into our consciousness. Ouch, sounds painful, steady on there Maureen.

Leigh’s trilogy is written in 1st person with a third person prologue and epilogues. The voice of her novel was hard to find. To begin with her main character’s voice was nice, quiet, and sweet but she soon found a more sour, pragmatic voice for Alina, her main protagonist, a teenage orphan.

Maureen killed off one of her characters before she even got a chance to appear in print. The fifth Martin, the youngest, was obliterated straight away. Well, Maureen jokingly said that babies don’t do much anyway! As an only child herself she was drawn to writing about a big, family, and a wacky one at that.  Her final novel, in her Shades of London series, is now in the hands of someone. She jokingly said that she hopes it was actually a Penguin representative and not some random manuscript stealer.

According to Leigh there are some wonderful benefits of being an author, living in your pyjamas is one of them, but killing your characters can be tough. Absolutely agree Leigh, you just live and breathe those characters, they become engrained in your thoughts. Maureen advised us to “Just do it!” No second thoughts or holding back there, Maureen.

Maureen and Leigh closed off the proceedings with a reading. Maureen kicked it off with a very amusing passage from Scarlett Fever and Leigh took us to a dark place to inflict the darkling on us, and I’m still there, hoping that I will eventually manage to escape!

Then finally the discussion turned to the professional aspect of writing that is often overlooked, touring, and social media. Is this a fun aspect or a chore? Leigh said that she didn’t have to do this but she loved it. Oh, and of course her publishers encouraged her to do so. She said that when you’re on a tour you get to see a new city everyday. It’s the best job ever! Be yourself on line, find out where you should connect with your readers, Leigh felt most at home on tumblr.

To begin with Maureen answered this question dead pan. Writing and being a writer are very different, she said. Do what feels right to you.  People found me on twitter, and their response seemed to be, you’re a writer?

The question and answer section followed next. There was a bit of a reluctance from the reticent Scottish audience but one brave soul asked whether Maureen had been on one of many of Edinburgh’s haunted ghost trips? Maureen hadn’t had the opportunity but yes, she would have liked to, but she had a feeling that Edinburgh’s ghosts might not be up to scratch. It sounds like Maureen takes a lot to scare her.

The next question touched upon strong female characters, a topic that is most definitely a popular one. Maureen doesn’t like classifying books as boys books or girls books. That just makes her crazy. Leigh made the very valid comment that nobody talks about strong male characters, and Maureen even mentioned that there is some anger towards female characters. I think that we expect so much from our female characters, come on they’re just like us they’re flawed, nobodies perfect. In my opinion that’s what makes them interesting.

Then a young lad in the far corner asked the final question, the one that was no doubt pressing on the lips of many amongst us in the audience, myself included. It went something like this: “Have you any advice for young writers?” Well the tips went along these lines. Maureen told him not to expect too much. She said that her writing was “so bad” to begin with that she deserved these terms: “Arrest me,” “Kill me.” So if you’re writing terribly Maureen suggests that you’re on the right path because as Maureen says this will lead you to your goal of writing well. Thanks, this is so true, totally agree.

Again Leigh touched a chord with me, she said there’s “no expiration date on talent.” Thank you so much Leigh! Again she went on to say that you don’t have to be cute, popular or media genic, (is this even a word, and if so how do you spell it?)

Maureen carried on this tide of inspiration with “Don’t give up,” “Just finish,” Carry on to your “Eyes bleed,” finish that first draft. Maureen were you speaking to me?

Well it was a sunny day, and I came out smiling even more than when I went in. Such an inspiring, talk. I loved it, and guess what, I finished my final edits last night. Yes finally got there and my eyes didn’t even bleed they just blurred a bit. Now, just have to find a publisher. This is going to be the hardest part, but now I feel more prepared for it. I’m writing this in my pyjamas and I have this strong sense of belonging, I think I’ve already joined the writer’s club! Leigh Bardugo and Maureen Johnson were so entertaining and a absolute delight to listen to. I left feeling both inspired, and sure that I have finally chosen the right career path to an Alternative World.

If you could write about an Alternative World what would it be? Do tell, I’m sure it would be fascinating.

To find out more about these great authors websites, click away:

Hi. Welcome to my blog: M J Mallon - Kyrosmagica Publishing. A blog about magic, books, writing, laughter, and much more! I'm a debut writer, my first YA fantasy novel The Curse of Time - Book 1 - Bloodstone is set in Cambridge. I write book reviews on my blog and on Goodreads. I have a penchant for travel and have relatives in far flung places, Australia, Malaysia, and Singapore, (my birthplace.) I grew up in in Bonnie Scotland, in Edinburgh, and now live in Cambridge. I love sunny, hot places, particularly Rome, Venice, Portugal, Barcelona, and I forgot to mention the sun drenched beaches of the Caribbean, how could I? I am lucky to have been blessed with two lovely daughters and a husband who I fondly refer to in this blog as my black sheep. Family joke! With my passion for travel, culture, beautiful beaches, good food, books, theatre, writing, and humour, I hope to keep you entertained. I'm loving every minute of this creative journey, please join me. View all posts by Marje @ Kyrosmagica