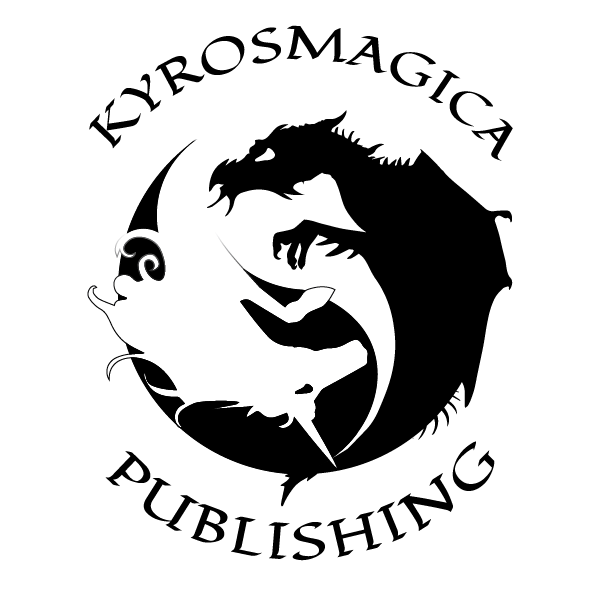 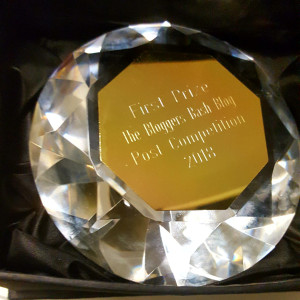 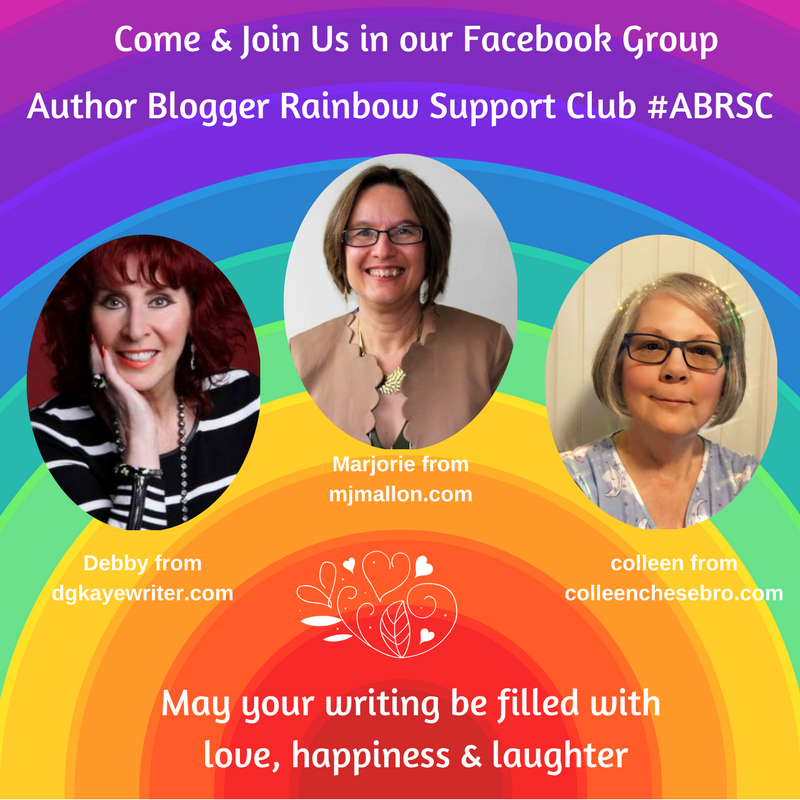 Sisters of The Fey 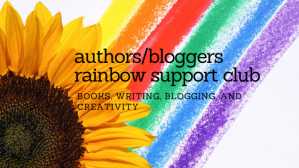 Nice to see this mummy duck with her ducklings today in the country park #duck #ducklings #countrypark
Reposted from @sachablackauthor Removing filtering is a super easy and quick fix and it will make your writing more immediate and your reading feel like they're closer to your character.⁠ ⁠ Preorder The Anatomy of Prose today (or use the link in my bio): https://books2read.com/anatomyofprose⁠ ⁠ #writinginstruments #writingtips #writingislove #writingworkshop #writingislife #writinglife #writingsociety #writinglove #writingadvice #writingofinstagram #writingabook #writings #writingmotivation #writinginspiration #writingprompts #writingcommunity #writingsofinstagram #writing #selfpublishing #writingcommunityofinstagram #writingismyfreedom #writingcoach #writingtime #writingcommunityofig #writinggoals #writingofig - #regrann
A beautiful flower I saw on my walk yesterday evening. Delicate but with such pink petals. #flower #lockdown #walk
It has been such an experience sharing blogging/author friends' thoughts on COVID19 and 'meeting' many new authors in my Isolation for Writers/Bloggers series. This concludes the series for now as I focus on my writing. I have two projects to complete! My YA fantasy The Curse of Time #2 Golden Healer and a compilation of diaries, short stories, and flash fiction about Lockdown written from an author/bloggers perspective. Thank you to all who have taken part in the series and to Katherine Mezzacappa for joining me in this blog post below. Please visit my blog to find out more... https://mjmallon.com/2020/05/22/writers-in-isolation-katherine-mezzacappa-isolation-writers-authorshistorical-fiction/ #authorsofinstagram #writers #authorssupportingauthors #writers #authors #isolation #COVID19 #guest #writingcommunity #bloggers #historical #fiction
The country park lakes the other day. I'm so lucky to have such beautiful lakes on my doorstep. The weather has been remarkable during lockdown. Blue skies... #countrypark #lake #nature #gratitude #lockdown #sharing #positivity
Reposted from @meetingtheauthors Book Shelf: Mr. Sagittarius: Poetry and Prose by M J Mallon I absolutely adore this book and will be sharing it with my 18 year old daughter. I enjoyed the different styles of ... Link in bio to read the full (short) review ... https://meetingtheauthors.com/2020/05/21/book-shelf-mr-sagittarius-poetry-and-prose/ Thank you!!!! #booksbooksbooks #poetry #prose #readallthebooks #bookgeek #alwaysreading #readinglife #bookworm #authorsofinstagram #authorlife #writersofig #whattoread # - #regrann
My latest writers in isolation post features authors Drew Neary and Ceri William's: The Clockmaker. https://mjmallon.com/2020/05/19/writers-in-isolation-drew-neary-and-ceri-williams-the-clockmaker-covid19-isolation-writers-supernatural-novel-series/ Photo via Brigitte Tohm Pexels #writers #authors #authorsofinstagram #guestpost #theclockmaker #supernatural #genre #ww2
Miriam Owen is a blogger and doctoral researcher in Marketing at Strathclyde University. If you have any opinions about book blogging she would love to hear from you. Check out my blog post to find out more. https://mjmallon.com/2020/05/18/isolation-for-writers-guest-post-miriam-owen-cov1d19-isolation-bloggers-books-blogging/ Image via Lisa Fotos at Pexels #bookstagram #isolation #bloggers #blogging #bloggingcommunity #bookstagram #books #COVID19
A swan in lockdown. Lol. Another super fast clip... #lockdown2020 #lockdown #walks #swan #humour #sundayvibes #sundayfunday
My latest poetry challenge is now on my blog. It's inspired by a frog! I 'm noticing things I would normally miss during lockdown. I saw the stone frog hidden under a bridge. I've walked over this bridge in the past but I've never noticed the frog! He's in this super fast clip. Can you see him? https://mjmallon.com/2020/05/17/colleens-2020-weekly-tanka-tuesday-poetry-challenge-no-177-synonymsonly/ #tanka #poetry #poetrychallenge #lockdown #walks #stone #frog #strange #random #thoughts #sights
Meet James J. Cudney author of family drama and mystery genres, book reviewer, and enthusiastic supporter of the writing community. James's May promo offers are shared here too. So come on over to virtually chat and see his lovely New York terrace and cute dog! https://mjmallon.com/2020/05/16/author-spotlight-james-j-cudney/ #authorsofinstagram#authorssupportingauthors #promos #books #author #authorfeatures #bookstagram
Look what we made lemon drizzle cake! #baking #lemondrizzle #lemondrizzlecake
My next guest in my Writers In Isolation series is: Peter Taylor Gooby. Photo by Joshua Miranda from Pexels #authorsofinstagram #writingcommunity #writerssupportingwriters #COVID19 #isolation https://mjmallon.com/2020/05/12/isolation-for-writers-guest-post-peter-taylor-gooby-covid19-isolation-empathy-imagination-compassion/
My next guest on my Isolation for Writers series is writer, artist Alice May. Pop over to my blog to find out more. #COVID19 #writingcommunity #inspiring #resilience #writerssupportingwriters #writersofinstagram #author #authorsofinstagram #art #tutorials https://mjmallon.com/2020/05/10/isolation-for-writers-alice-may-guest-post-covid19-isolation-art-tutorials-writing-resilience-inspiring/
My next guest in my Writers In Isolation series is my good friend, Ritu Bhathal, author of chick pea curry lit - Marriage Unarranged. https://mjmallon.com/2020/05/08/isolation-for-writers-guest-post-ritu-bhathal-author-writer-poet-blogger-covid19-coronavirus-isolation-thoughts-writing-reading/ Photo by Suzy Hazelwood from Pexels 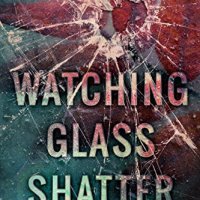 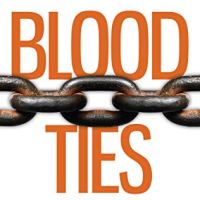 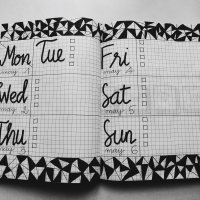 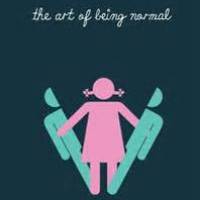 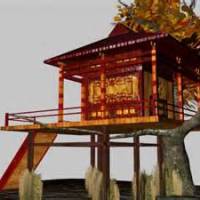 Follow M J Mallon YA Author and Poet on WordPress.com

In the ‘good old days’  ladies would entertain and admit gentlemen into their bed chambers,which were grand affairs, with large sitting rooms. They might even wear glamorous negligees, whilst entertaining!  There is an old worldly charm in this. But I can’t see it catching on now!  Nowadays we tend to have smaller more functional bedrooms, that tend to be more personal affairs. We don’t share our teddies with everyone!  Oh, the exception here is most probably the family cat or dog. Lots of people share their bedroom with their pets. They’re cuddly too, so it figures!

The “Marriage A-la-Mode paintings link below illustrates this  entertaining well. Click on the link to see Hogarth’s painting.

Text taken from the National Gallery:

‘Marriage A-la-Mode’ was the first of Hogarth’s satirical moralising series of engravings that took the upper echelons of society as its subject. The paintings were models from which the engravings would be made. The engravings reverse the compositions.

After the death of the old Earl the wife is now the Countess, with a coronet above her bed and over the dressing table, where she sits. She has also become a mother, and a child’s teething coral hangs from her chair.

The lawyer Silvertongue invites her to a masquerade like the one to which he points, depicted on the screen. A group of visitors on the left listen to an opera singer, possibly a castrato, accompanied by a flautist.

An African page on the right unpacks a collection of curiosities bought at auction, including a figure of Actaeon. The paintings on the right wall show ‘Lot and his Daughters’ and ‘Jupiter and Io’ (after Correggio). On the left wall is a portrait of the lawyer and ‘Rape of Ganymede’ (after Michelangelo).

Getting back to the present day, I’ve just finished my Start writing Fiction course, woe is me! So I’ve started another Futurelearn course, The Literature of The English Country Rose.  I’ve been thinking about life in the past and how so many customs, manners, and niceties, have changed. In modern-day entertaining,  there does seem to be a trend for people to entertain in the kitchen. The dining room has become quite old-fashioned. The kitchen is friendly, a welcoming hubbub  of culinary activity with all those aromas, right there, right now, tingling your senses as you eat. It’s a less formal set up than most dining rooms. I know that we only tend to use our dining room on special occasions, Christmas, Birthdays, that sort of occasion. Is the good old dining room becoming redundant, a relic of the past?

Wherever you decide to eat and entertain make sure your chef is magnificent, a god of the kitchen! This fellow works for Poseidon! Oh and keep the fish away from the cat, if you are lucky enough to have one!

Reviews of all sorts (but not liquorice-based confections)

Gabriela M Author of the Year (2019) at Spillword Press NYC

every story has an impact, each tale matters

Living the Mindful Life in Japan

A community for writers to learn, grow, and connect.

Drawing a line through 50

Because we are conscious, we must learn how to live.

The life of B

Mainly through the lens of a Nikon

Celebrating Anglo-Celtic culture in the British Isles and the Great Diaspora.

Books - They're what we do best!

The Light Behind the Story

A writing journey to truth & light

Literature, books , sport and whatever intrigues me

Our Thoughts Influence Our Life.

Reviews of all sorts (but not liquorice-based confections)

Gabriela M Author of the Year (2019) at Spillword Press NYC

every story has an impact, each tale matters

Living the Mindful Life in Japan

A community for writers to learn, grow, and connect.

Drawing a line through 50

Because we are conscious, we must learn how to live.

The life of B

Mainly through the lens of a Nikon

Celebrating Anglo-Celtic culture in the British Isles and the Great Diaspora.

Books - They're what we do best!

The Light Behind the Story

A writing journey to truth & light

Literature, books , sport and whatever intrigues me

Our Thoughts Influence Our Life.