Beautiful flowers from my hubby!
#Latest #Newsletter - Details of Signing up to the November Blackberry Book Blog Tour for my #YA #Fantasy Bloodstone (The Curse of Time Book 1) plus Reviews and Community News. To subscribe: https://mailchi.mp/e68f9e8a74ce/subscribe-m-j-mallonauthor
And I ate this! It was tasty...
Out for lunch with a friend who took a photo of me with my friend Colleen Chesebro's book Word Craft Prose and Poetry, The Art of Crafting Syllabic Poetry. This is a great book with many examples of how to write poetry.
Such pretty flowers!
Many happy days have been spent in Edinburgh. One of my favourite places. Cramond.
My brother introduced me to this great walk from my parents house in Edinburgh to Haymarket. Makes me realise all the great walks I've missed over the years. Grew up in Edinburgh and didn't know about this one! And the sun shone.
Lovely to see my mum and dad in Edinburgh. We had a lovely walk in Cramond, Edinburgh.
Reposted from @blackthorntours Fractured Lives by Russ Colchamiro
A little treat! Looks to good to drink.
Bloodstone is included in this book bundle of ARC's from Book Sirens. Hurry request a copy.
Today I am being featured on AJ's Award Winning Books on Facebook. I'm posting about my inspirations. Clocks, clocks, clocks, specifically The Corpus Christi Chronophage clock. And here I am with the wonderful inventor Dr. John C. Taylor OBE who I had the pleasure of meeting. The clocks and their creatures are part of the planned book series The Curse of Time. Book 1 BLOODSTONE.
Today I am being featured on Facebook by A. J Griffith-Jones in her We Love Aj's Award Winning Books. Thank you AJ!
My YA fantasy Bloodstone is on offer! 99p Amazon UK and also reduced on Amazon US. #offer #YA #fantasy #NextChapterPub
My YA fantasy Bloodstone is on kindle countdown offer! 99p Amazon UK and also reduced on Amazon US. 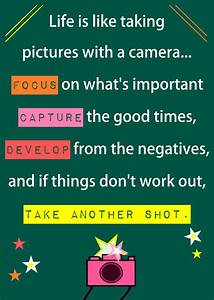 If we were having coffee I’d say that my favourite has to be a Cappucino with lots of chocolate on top, perhaps shaped in a frothy heart. What’s yours? Do come and sit by me on this comfy sofa – I’ve got quite a story to tell you.. There are lots of photos of London that I want to show you – Camden, and Covent Garden too, so don’t gulp down your coffee and disappear, or you’ll miss out on all the fun. Oh, and there’s also a little something about NCS Live in London- my daughter won a couple of tickets.

So first things first, guess what, Diana’s Weekend Coffee Share post is now so popular it has been featured on The Daily Post. Wow, isn’t that fantastic! Well done to her. Here’s the link to her blog to see her post about that:

What have I been up to? I’ve made a decision this week – decision? Really? Whoa….. Yes, I did. I knocked that old procrastination into submission and put up my prologue and the first few chapters of my novel, The Curse of Time on Wattpad, so here’s the link to that if you’d like a nose.

Do feel free to comment, and give feedback/constructive criticism – Wattpad link:  https://www.wattpad.com/myworks/67166165-the-curse-of-time

So a big thank you to all that have been so kind as to do a shout out for me: the twitter response has been fantastic.  I’m really thankful to have so many blogging buddies. And a big thank you in particular to Graeme, (who I met last year at the Blogger’s Bash,) who has so kindly given me oodles of feedback on my Prologue. Apparently he’s a bit of a fan of prologues. So do pop over to Graeme’s blog and say hi. He’s a keen sailor and his blog theme at the moment is water based posts, which I’m a big fan off – : http://graemecumming.net/

Enough of my waffleitis, I promised you some photos and a commentary about my recent trip to London so here goes:

Take a look at these Camden shop fronts, aren’t they amazing?

When you get a bit hungry, and thirsty but money is a bit tight where better than Wetherspoons for a drink and a meal?

This beauty caught my eye, obscuring just about everything else!

A lovely view greeted us.:

The International Food Market in Camden was something else but very crowded, and my eldest daughter isn’t too keen on crowds, though she did manage to get a quick mouthful of some free grub!  Here’s a quick snap as we’re leaving….

Travel in style in Covent Garden, perhaps a horse and cart?

This is when things got a bit silvery…. watch in awe…

I don’t know how Silver man did that! He must have so much upper body strength to support himself on a spade. Maybe he’s magical.. But what amuses me is the reaction of the bystanders to the left of him – those two young men, their reactions particularly the one wearing the stripy top. His reaction when the silver man tips his cap before doing his twirl is classic – he does a whoa…. and backs off in shock! Did you see it in the previous photo?

It’s been such an exciting week. No kidding…. My youngest daughter won a ticket to NCS YES Live & the NCS Awards 2016, “a show that celebrates the NCS social action stars of today and the future! It’s time to honour the 58,000 inspiring NCS grads of 2015 who dedicated more than 1.8m hours towards social action, raising more than £1.3m for good causes across England and Northern Ireland. Bring on the music and the fun!”

She was so excited!! Boy did it show! She was buzzing…

My eldest daughter also did NCS but it was a fairly low key event then compared to now. It has become so much more of a big deal. Nevertheless she loved it too, and perhaps that encouraged my youngest to join in with the NCS program too.

If you’re 15 – 17 and would like to find out more about taking part in NCS. Here’s the link to this great opportunity: http://www.ncsyes.co.uk/

“National Citizen Service (NCS) is an experience you really don’t want to miss. If you’re 15 to 17 years-old, this is your chance to embark on exhilarating challenges, make your mark and build skills for work and life. More than 200,000 young people have already said YES to NCS. Don’t. Miss. Out.”

Isn’t my daughter such a lucky girl? Perhaps I should get her to choose some lottery numbers this week….. Who knows, could be an idea… She brought along her friend to NCS Live, and the two of them absolutely loved it. Unfortunately I couldn’t attend as I’m not sixteen!  Instead I had the opportunity to go with my eldest daughter, (who is on holiday from Uni,) and have a fun packed day in London – It’s my holiday time too as I’m working term time at the moment.  Lucky old me!

We had a fantastic time hopping on and off the tube to Camden, Covent Garden, Oxford Circus and rounded off the night with an Italian dinner at Prezzo’s. It was such a fun packed but exhausting day. We didn’t get home until nearly midnight!! The funniest part of our day out had to be after we met up with the two NCS ‘ers at you guessed it at Top Shop. We took the Tottenham Court Road to our intended restaurant, near the London Palladium. My eldest daughter was heading up the stairs in the tube and then screeched. We all stopped in our tracks wondering what had made her scream. When we saw the tiny culprit we all joined in screaming… it was a tiny rat, or was it a mouse? Who knows….. anyway this poor creature was running down the stairs to greet my daughter as she was going up. Perhaps the response it got in return made this creature more scared of us than we were of it!! So I reckon I could claim that rat or mouse was our headliner!!! Boy did we scream….We have all the luck! Tinie Tempah eat your heart out.

That was a lovely cuppa. Sorry for being such a chatterbox, that last Tinie Tempah joke was a bit crazy you know me… Thanks so much for stopping by and sharing coffee with me.

Do pop over and join in the fun at Part Time Monster:

Do feel free to comment. Have you been to Camden? Or Covent Garden? Do you often visit London? What is your favourite coffee, tea, beverage, or coffee shop?

You know when the barista asks you if you want a small, medium or large tea or coffee… I think I need a large one today! I’ve forgotten to have breakfast again!